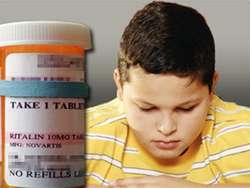 Frank Furedi – The Australian 26 Nov 2011
AS far as the American Academy of Pediatrics is concerned you can never drug children early enough. In their recently published guidelines they recommend that children as young as four can be treated with the psycho-stimulant drug Ritalin. These new guidelines issued by the academy at its annual conference in Boston proposed that preschool children who show symptoms of inattention and hyperactivity should be evaluated for pharmacological intervention. “Treating children at a young age is important, because when we can identify them earlier and provide appropriate treatment, we can increase their chances of succeeding in school,” was how Mark Wolraich, one of the authors of the guidelines, justified this proposal.

The targeting of preschoolers by the academy is an integral part of a disturbing tendency to advocate medical and pharmaceutical intervention as a legitimate option for the management of childhood behaviour. The campaign, which has as its premise the conviction that children’s behavioural problems represent a marker for mental illness, implicitly assumed a coercive and intrusive form. In Australia, draft guidelines being considered by the National Health and Medical Research Council threaten parents who refuse to medicate children diagnosed with ADHD with being referred to child protection authorities.

….It is important to realise that what drives the steady expansion of the diagnosis of ADHD among children is not the discovery of a hitherto unknown medical condition, but the cultural redefinition of some of the normal existential problems of childhood. In the eyes of the supporters of early-years medicalisation, virtually every manifestation of a child’s behaviour can be diagnosed as a medical issue. http://www.theaustralian.com.au/news/opinion/instead-of-drugs-children-need-a-good-dose-of-parenting/story-e6frg6zo-1226206496448