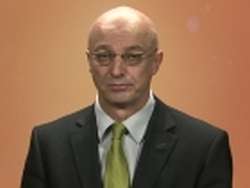 That act “fossilises values and attitudes” from the 1950s that “are no longer fit for modern New Zealand”.

Opens door to gay adoption, as evidence suggests “love and care” is more important than a mother and a father.

New bill will make “the best interests of the child paramount” and allow open adoptions that are now occurring “outside the framework of the law”. Closed adoptions still possible if the child is at risk.

MP says it could turn around our falling adoption figures and even lower abortion rates.

PAUL National’s Nikki Kaye and the Greens’ Kevin Hague have been working together on a bill that will reform adoption law, the Adoption Act of 1955, that hasn’t actually been changed for 57 years. 1955, that act. Is it time for a clean-up? Good morning to the Green MP Kevin Hague.

PAUL What is wrong with adoption at the moment? What needs fixing, given that the Adoption Act hasn’t really changed since ’55?

PAUL Because the world has changed?

KEVIN Yeah, the world has changed, and that act fossilises some attitudes and values that were, I guess, common in 1955 but are no longer fit for modern New Zealand.

PAUL Yes, that’s right, so we have a different attitude to couples living de facto, gay couples living together and so forth. Can I just ask you about the politics? God, the old adoption area is getting a bit crowded at the moment. Why come up with another bill, because you haven’t even submitted yours yet. You’ve got Louisa Wall’s Gay Marriage Bill, Jacinda over there has got a bill – an adoption bill. The waters are getting very muddied.

KEVIN Yeah, there have been a number of attempts to overhaul adoption law over the years. In the last Parliament, in 2009, I had a bill that was specifically looking at de facto couples—

PAUL Don’t worry about all that. I’m asking why you’re muddying the waters now.

KEVIN Well, this is the result of work that’s been going on, in fact, for three or four years. You know, there was a cross-party vote in the last Parliament. Now I’ve continued that work with Nikki Kaye.

KEVIN Absolutely. One of the things about this bill, and indeed about the Care of Children Act, is that it makes the best interests of the child paramount in all decisions made about the child. That’s not what—

PAUL In all decisions at the time of the adoption?

KEVIN That’s exactly right, so that the law becomes about what is the best thing to do for this particular child?

PAUL Well, you’ve also got a scheme, I think. You’ve got an idea where the parents – the proposed parents, the adoptive parents – would propose a parenting plan.

KEVIN Well, that’s right. One of the problems with the existing law is that what it allows for is closed adoption, where the relationship between the child and a child’s biological family is severed. Now, that’s, we have discovered, not in the best interest of the child. So what we want to try and do is ensure that there is an agreement between the biological family and the adoptive family about the parenting of that child.

PAUL To be fair, while the ’55 law does favour closed adoption, most adoptions are open now, aren’t they?

KEVIN Yeah, they are, but—

PAUL So you’d like to formalise that, would you?

KEVIN Yeah, exactly. Those open adoptions that occur now are happening outside of the framework of the law, and that’s causing a real problem. It’s one of the reasons that reform of this act is urgent, in fact.

PAUL Yeah, right-oh. So it’s got to be about the child, so you’d have a parenting plan and so forth. Would you send—? Another thing you were talking about to us is you’d send— would you send—? I’m not clear on this. Would you send all adoption applications to the Family Court?

KEVIN Oh, yes. You know, the court needs to make an adoption order.

PAUL And how’s the court going to do all that work?

PAUL God knows they’re closing the courts down and mothers can’t get across town to even do their real business with the Family Court.

KEVIN Yeah, well, the court is involved now, of course, so there are adoption orders made now. But under our plan, in fact, it’s likely that the court may need to be involved less in trying to sort out really messy disputes that have arisen because of the inadequacy of the law. So I think in many ways this is streamlining and regulating the process to achieve good outcomes for children.

PAUL Right-oh. One thing you’re hoping for, I think, is if you back over the last 20, 30 years, there has been a massive reduction in the number of children adopted, the number of people trying to adopt and putting their children up for adoption and so forth. Abortion has been the favourite way out, I suppose. You would be hoping, I suppose, that this leads to fewer abortions?

KEVIN Look, it might well. We don’t actually know what the consequence will be in terms of the number of adoptions. So, for example, it’s at least conceivable that one of the consequences of a law that’s completely unfit for purpose is that people who might otherwise make use of adoption, in fact, use other alternatives.

PAUL Now, before I get on to the big bugbear – not bugbear, but the big buggy – of gay adoption, you talk about making sure adoption protects the child, would you also allow for continued really closed adoption if that child was being born into a family where there’s no way they should have a child?

KEVIN What the bill provides for is that open adoption becomes the norm,…

KEVIN …except where there are various extenuating circumstances. The adoption may be a closed one if the Family Court believes that will be in the best interest of the child.

KEVIN Yeah, I think that the substantive issue of whether or not gay couples ought to be able to do adopt, if that’s the best option for a child, will be addressed by Louisa’s bill.

PAUL You think so?

KEVIN I think so.

PAUL Have you asked her?

KEVIN Well, it certainly will be—

PAUL Presumably, if you can get married and you’re gay, you can adopt a baby. You can have all the rights of marriage.

KEVIN That’s exactly right, so that issue that has dogged adoption reform, and I’m certain has been one of the reasons why some governments have not moved to overhaul the law, will be dealt with by that bill passing.

PAUL May I give you a really reactionary idea and suggest to you, well, the Adoption Law of 1955 assumes a male father and a female mother – a mother and father, a man and a woman. That’s kind of how a lot of people think, isn’t it?

KEVIN Well, and indeed it may well be that for most of the children who are being adopted that that remains the best option available for that child. But for some children, the best option will be something different.

PAUL Well, how do you know at 3 weeks old or whatever it is, 4 months old, whether a baby’s more suitable for gay parents or for heterosexual parents?

KEVIN Well, of course, one doesn’t necessarily know at 28 days old, but adoption actually applies right up until the age of 17. So the people being adopted are not all tiny babies.

PAUL So would your bill—? If, you know, you had worked your bill in to law, would you allow gay people to adopt? Gay couples? Single gays?

KEVIN Well, of course, single gay and lesbian people can already adopt under the law.

PAUL Got you, yes.

KEVIN But I believe that the couples issue will be dealt with by Louisa’s bill. For argument’s sake, if Louisa’s bill did not pass, then certainly my bill provides for any individual or couple to be able to make an application.

PAUL I have got to leave you. There is a huge wind-up coming from the control room. I thank you and wish you all the very best for the overdue bill.

KEVIN Thank you very much, Paul.