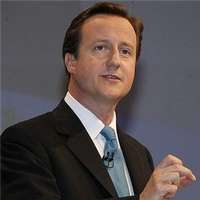 The Telegraph 7 December 2012
Gay couples would be allowed to marry in churches under plans due to be unveiled by the Government next week.The decision represents a major u-turn on the position set out in a formal Government consultation earlier this year which proposed a blanket ban.It raises the prospect of a major battle between church and state over the issue as well as a massive backbench rebellion with at least 130 Conservatives set to vote against the proposals.The plans will be announced by the Culture Secretary Maria Miller next week and a detailed bill is expected to be put before Parliament next month.That could see the redefinition of marriage sped through the Commons before the summer.The shift in policy came after Government lawyers came up with plans for “multiple lock” legal protections for churches, mosques and synagogues which do not want to marry gay couples on grounds of belief.David Cameron said: “I’m a massive supporter of marriage and I don’t want gay people to be excluded from a great institution.”But let me be absolutely one hundred per cent clear, if there is any church or any synagogue or any mosque that doesn’t want to have a gay marriage it will not, absolutely must not, be forced to hold it.”That is absolutely clear in the legislation.
“Also let me make clear, this is a free vote for Members of Parliament but personally I will be supporting it.”Opponents believe that no safeguard will be able to protect them from a legal challenge at the European Court of Human Rights, which would force them to marry gay couples.
http://www.telegraph.co.uk/news/politics/9729773/Gay-marriage-given-the-green-light-for-weddings-in-churches.html