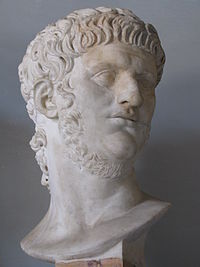 Craig Turner fitzgerald griffin foundation 25 March 2013
As the Supreme Court takes up two cases regarding the legalization of same-sex “marriage,” Americans may be surprised to learn that same-sex marriage was legalized once before.

The practice of homosexuality in the Roman Empire had increased during the early years until the Romans accepted and adopted the pederasty of the Greeks (fornication with boys ages 12 to 18). Though at first the acts were considered acceptable only if the boy was a slave, the Romans eventually extended their tolerance of homosexual acts to adult men, both free and slave. Same-sex marriage, once unthinkable, was not far behind.

Early Roman poets and critics wrote about the practice, from Juvenal’s satire that mentions Gracchus, who “arrayed himself in the flounces and train and veil of a bride,” to Martial, a first-century poet who observed that homosexual marriage was not uncommon in the empire during the first century. Both Juvenal and Martial gave us accounts of men who “played the bride” in wedding ceremonies, wearing bridal veils like women.

But our most detailed images of homosexual marriages come from the descriptions of Roman emperors. Nero, a depraved first-century emperor, married at least two men. He wed Pythagoras in a formal same-sex wedding by first putting on a bridal veil that made Nero the “bride” and Pythagoras the “groom.” Every symbol of a classical marriage was present at this ceremony: a dowry, marriage bed, torches, and witnesses. Tacitus, the great Roman historian who records the event, even alludes to the fact that Nero engaged in coitus with the man in front of all the guests, stating that “everything was public which even in a natural union is veiled by night.”

” During his reign he captured Christians and, after fixing them to stakes, burned them in his garden at night for a source of light. He is known for numerous brutal executions, including that of his own mother. He committed suicide in June of 68.

Another emperor who “married” men was Elagabalus, who ascended the throne in A.D. 218 after a substantial bribe was offered by his powerful grandmother.

He married a total of five women. The second marriage was consummated after he had his bride’s previous husband executed. His desires for his wives, however, were muted in comparison with his liking for men and boys. Elagabalus himself preferred to be the woman in the relationship, having the hairs plucked from his body to simulate femininity while at the same time wearing a wig and applying makeup. He is reputed to have offered his physician large sums of money if the doctor could change him into a woman.

The emperor’s first “husband” was a blond slave named Hierocles. Elagabalus was described as being “delighted to be called the mistress, the wife, the queen of Hierocles.” In addition to playing sado-masochistic games with Hierocles, Elagabalus pretended to be a prostitute out in public, offering himself naked to random pedestrians in the palace or prostituting himself in the brothels and taverns of Rome.

The Augustan History states, “He set aside a room in the palace and there committed his indecencies, always standing nude at the door of the room, as the harlots do, and shaking the curtain which hung from gold rings, while in a soft and melting voiced he solicited passers-by.”

Another of his “husbands” was Zoticus, an athlete from Smyrna whom he “married” in a lavish and public display in Rome. Many Roman citizens, whose senses had been dulled by years of the lewd and immoral acts of its leaders, cheered and celebrated the new union.

Elagabalus’s grandmother convinced him to adopt a boy named Alexianus, whom Elagabalus then crowned as the new Caesar and Emperor of the empire, only to try to assassinate him later.Same-sex marriage was outlawed a century later by the historic passage of the Theodosian Code.
http://www.fgfbooks.com/Turner-Craig/2013/Turner130323.html