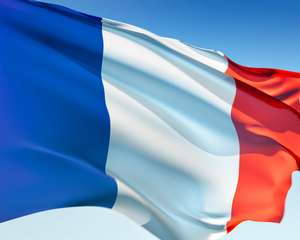 NZ Herald 28 June 2013
In New Zealand, it’s often claimed the welfare state harms family cohesion when the opposite would seem the intention.

The welfare state is intrusive in France, too, but its power to erode is weaker. New Zealand is strong on liberty and equality, less so on brotherhood. In France, brotherhood has probably the strongest emotional power.

Maybe a difference can be seen between the two countries in the way they make films about the family. Domestic drama and comedy are popular in France. The French are able to make the daily ordinariness of family life fascinating.

Recalling sympathetic domestic drama with a Kiwi origin is difficult. The End of the Golden Weather maybe and the occasional film that has a Maori theme; Boy, perhaps. Films that “explore” domesticity tend to be dark. Of course all that could say more about those in New Zealand who write and produce films than anything else. Whatever the case, family life in New Zealand seems to be a minor political issue. Issues like “child poverty” or “family abuse” seem to swamp it.

…It’s not surprising that France kicked up the biggest fuss of all the countries having same sex marriage thrust upon them. Religion was not an issue. It was an attack on the family and French domestic life. So, too, would be the reduction of the extended lunch hour.

Unlike New Zealand, France does not have seven-day shopping. Everything, including supermarkets, is closed on Sunday. Sunday is family day. Boulangeries that open on Sunday morning close on Monday. The New Zealand debate around Easter trading is entirely alien to the French mind.

It may appear socialism has undermined the will to work in France but that would be a superficial observation. What looks like the lack of a work ethic is evidence of a different kind of work ethic; one that sees domestic life critical to national health.

• Bruce Logan is an Auckland writer living half the year in France.
http://www.nzherald.co.nz/lifestyle/news/article.cfm?c_id=6&objectid=10893401