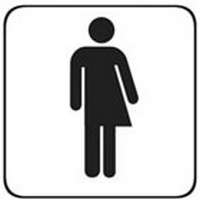 Citizen Link 14 February 2014
Facebook users now have more than 50 terms to choose from — in addition to him, her or them — when choosing their online “gender” preference.

The Associate Press, which broke the story Thursday, interviewed Focus on the Family Gender Issues Analyst Jeff Johnston. He told the news outlet that Facebook is allowed to manage its site how it wants to, but that it’s impossible to deny “biological reality.”

Some of the new options include: androgynous, transgender and genderqueer.

“Transgender activists reject the reality of two sexes, male and female. They believe there is a spectrum of ‘genders,’ and that people should be free to choose or change their ‘gender,’” Johnston told CitizenLink “In this policy change, Facebook is giving in to this small group of activists. In doing so, they are contributing to the cultural confusion that already exists.

FOR MORE INFORMATION
Read “Transgenderism’ and the Deconstruction of Gender.”
http://www.citizenlink.com/2014/02/14/analyst-facebooks-new-gender-pronouns-contributes-to-cultural-confusion/