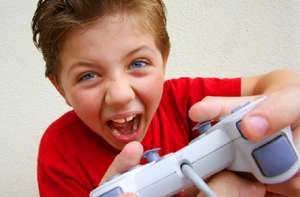 3News 5 August 2014
Violent video games glorifying antisocial characters could increase teenage gamers’ risk of criminal and other risky behaviour like smoking and alcohol use, a US study has found.

Adult-rated games also affect teenage users’ self-image, according to the study by Dartmouth College researchers published on Monday in the Journal of Personality and Social Psychology.

A previous Dartmouth study published in 2012 had already found such video games could incite teens to drive carelessly.

Other studies have linked violent video games to adolescent aggressiveness and violence.

But this latest study “is important because it is the first to suggest that possible effects of violent video games go well beyond violence to apply to substance use, risky driving and risk-taking sexual behaviour,” Dartmouth professor of pediatrics and co-author James Sargent said in a statement.

In fact, youths who play these types of video games may identify themselves to the antisocial protagonists they feature.
http://www.3news.co.nz/Study-finds-violent-games-increase-crime-risk/tabid/418/articleID/355442/Default.aspx