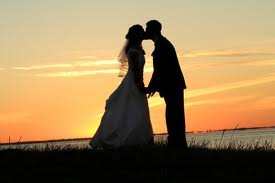 Not only that, but whatever is making the difference is above and beyond the usual explanation – that it’s not marriage per se but the type of people who marry.

The EPPSE report on teenagers academic and socio-behavioural outcomes – published last week by the Department for Education – may not have got the media coverage it deserved, buried beneath frenzied speculation of whether Scotland is about to divorce England. But it was full of interesting tidbits about the factors that help children do better at secondary school. One of the key factors was whether parents were married.

For those who can cope with the academic jargon, here’s what the writers said. (Note that ES means ‘Effect Size’, where all of the numbers below are considered ‘small’)

The marital status of parents in the early years, when children were first recruited to the study, was also a significant predictor of changes in self-regulation during secondary  education (ES=-0.25 – single parent compared to married) and pro-social behaviour (ES=-0.19 – single parent compared to married). Single parent status also predicted increases in hyperactivity (ES=0.24 – single parent versus married) and anti-social behaviour (ES=0.15). Students in lone parent families showed small but statistically significant increases in both negative behaviours and decreases in both positive
behaviours. In addition, students of parents who were living with their partner but unmarried in the early years were found to show small decreases in self-regulation (ES=-0.18) and pro-social behaviour (ES=-0.14) and an increase in hyperactivity (ES=0.15). (from page xxiv)

What all this means is that – regardless of pretty much every parental background factor you could think of – there’s a small but noticeable difference in behaviour between teenagers from married and lone parent families based on whether the parents are married now (first para) or were married when the children were much younger (second para).

Don’t be fooled by the word ‘small’. The ‘small’ net effect of marriage is the most conservative estimate possible.
http://marriagefoundationblog.wordpress.com/2014/09/11/does-marriage-cause-teenagers-to-behave-better/