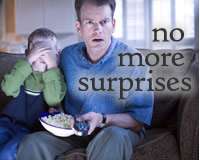 NZ Herald 13 March 2015
A researcher is calling for curbs on taxpayer funding of music videos that contain violence after his group found “high levels” of violence in the music videos shown on TV.

Associate Professor Nick Wilson and colleagues at Otago University recorded two weeks of the Juice TV music channel in 2010 and found that 24 per cent of the 353 individual videos portrayed violence.

He said the video of the Eminem/Rihanna hit Love the Way You Lie is a good example of the themes the researchers were concerned about: “It has violence, sexuality and alcohol – all mixed in together.”

In today’s New Zealand Medical Journal they say: “We found that by including violence, weapons, antisocial behaviour, death themes, suicidal behaviour and Goth culture themes, 39 per cent of videos watched had at least one of such themes (average of 1.6 such themes).

“These high levels of violence in music videos are despite the fact that they were broadcast during a time that adolescents are most likely to be watching.

“There is evidence – albeit not fully conclusive – that exposure to violence in the media contributes to violent behaviour in children and adolescents.”

The researchers found that 15 per cent of videos in which a New Zealander was the main artist contained violence, significantly lower than for non-New Zealand artists, 27 per cent.
http://www.nzherald.co.nz/television-industry/news/article.cfm?c_id=260&objectid=11416411