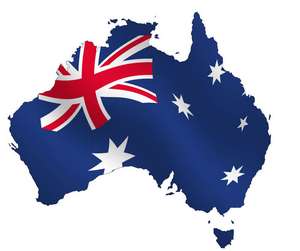 The Australian 26 November 2018
Family First Comment:  A clear majority of Australians — including nearly 60 per cent of Labor voters — has backed new laws to prevent individuals, schools and companies from being discriminated against ­because of their religious beliefs and practices.
New Zealand needs the same.
#FreeToBelieve

A clear majority of Australians — including nearly 60 per cent of Labor voters — has backed new laws to prevent individuals, schools and companies from being discriminated against ¬because of their religious beliefs and practices. The special Newspoll, conducted for /The Australian/, comes as the government weighs up its response to a review into ¬religious freedom conducted by former Liberal attorney-general Philip Ruddock and commissioned in the wake of the successful same-sex marriage plebiscite last November.

The Newspoll shows 59 per cent of those surveyed were in favour of new laws to protect ¬individuals, schools and companies because of their religious beliefs compared with 26 per cent opposed to change. About two-thirds or 65 per cent of Coalition voters supported a strengthening of protections for religious freedoms; 57 per cent of Labor voters also backed the need for more robust ¬protections. Greens voters also overwhelmingly backed new laws to protect religious freedoms, with 63 per cent saying they were in favour of change compared with 50 per cent of One Nation ¬voters.

The results show that support among all the key political parties is running in favour of legislating stronger protections for religious freedoms.

Despite the poll showing overwhelming support for the enhancement of religious freedom in Australia, a parliamentary committee yesterday prop¬osed the removal of key protec¬tions for faith-based educators from anti-discrimination laws. A Senate inquiry examining the treatment of gay students and teachers at religious schools yesterday recommended the ¬removal of an exemption at ¬section 38(3) of the Sex Discrimination Act. This exemption currently allows faith-based schools the ability to discriminate against students on the basis of sexual orientation and gender identity, although it is not used for this purpose by religious schools.
https://www.theaustralian.com.au/national-affairs/newspoll/newspoll-majority-backs-laws-to-protect-religions/news-story/63d56a7b553d689f2091ccd65095797e