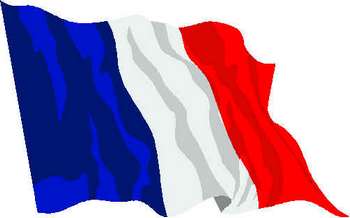 France24.com 30 November 2018
Family First Comment: Interesting approach – but still flawed
“France’s bill would not sanction parents who continue to “discipline” their children as its main goal is “educational” – a way to encourage society to mend its views. But it will slap down a 19th-century addendum to the Civil Code’s definition of parental authority, which is read out to couples during their wedding vows and that specifically allows for “disciplining” children.”

The French National Assembly voted Friday in favour of a largely symbolic ban on parents smacking their children, a practice which though condemned by the UN still enjoys widespread support in the country.

The bill on “corporal punishment or humiliation” seeks to ensure that parental authority is exercised “without violence” of any sort, including “physical, verbal or psychological” violence.

MPs voted it through 51-1 early Friday morning, after a late-night debate, and it will now pass to the Senate.

The draft law was proposed by an MP from the centrist Democratic Movement party, Maud Petit, but received the backing of French President Emmanuel Macron’s party, La République en Marche, and was boosted by the health minister Agnès Buzyn and the Secretary of Equality, Marlène Schiappa.

Previous governments have attempted to ban the practice, but have been thwarted by conservatives. Eric Ciotti, an MP from conservative party The Republicans, said it was “propaganda legislation” pushing “pseudo official morality”.

According to the non-governmental Childhood Foundation, 85 percent of French parents resort to corporal punishment. Schools have long been banned from physically punishing children, but not parents.
READ MORE: https://www.france24.com/en/20181130-france-mps-national-assembly-back-ban-smacking-children