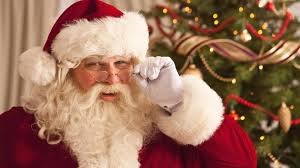 Stuff co.nz 4 December 2018
Family First Comment:  Well said, Melanie.
“..this Christmas year, innocent fun for children is progressively being thrown out the window, and the slippery slope of pushing adult agendas on to children has begun.”

OPINION: Christmas Eve – what an exciting time growing up! As a child, I remember listening out for the bells on Santa’s sleigh, and hoping I could stay awake long enough to maybe even catch a glimpse of the present-bearing man known as Santa.

Fast-track approximately 40 years, and I am now the proud mum of four beautiful children aged 8 to 23. Personally, I chose not to have my children believe in Santa, but I did teach them to respect other parents’ rights to, and to also respect other children’s beliefs.

New Zealand used to be such a respectful nation. Christmas was known as a special family time. Some families enjoyed celebrating Christmas via including the likes of Santa, while others spent Christmas going to church and celebrating the miraculous birth of Jesus. Regardless, Christmas used to be known as a time for children especially, to have innocent fun.

But this Christmas year, innocent fun for children is progressively being thrown out the window, and the slippery slope of pushing adult agendas on to children has begun.

First, we had Santa sacked from the Auckland Christmas Parade, after the man behind the beard said he wouldn’t hire women to play Father Christmas. Apparently, Christmas is no longer about the children and their innocence – it’s about implementing an adult gender-confused world view and pushing that on to our kids? It’s devastating to think that New Zealand has such little respect for decades of traditions.

Thankfully and rightly so, Santa’s position was reinstated. However, the public discussion over the whole debacle would have been very confusing for children.
READ MORE: https://www.stuff.co.nz/life-style/life/109069144/santa-is-for-the-kids-not-adult-agendas