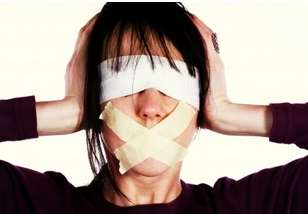 NewsTalk ZB 20 January 2021
Significant Media Bias During Cannabis Referendum’, imagine my surprise in seeing that headline after new analysis was carried out on how the media covered the lead up to the cannabis and euthanasia referendums.

A clear bias emerged in the coverage of the cannabis debate.

I was saying that all along, and it felt like I was talking to a brick wall. The media had an agenda and ran with it, and the worst part of that was the pretence that they were impartial, neutral, not taking a position. What a crock.

Impartial journalism should be exactly that, impartial. Taxpayer funded journalism even more so. And yet this new analysis by NZ Politics Daily, commissioned by Family First NZ,  showed that didn’t happen.

Worse still, it showed extreme bias in favour of the referendum, from outlets purporting to have no bias. TVNZ, Stuff, The Herald, the Spinoff, Newshub, Newsroom, RNZ, all found wanting.

The Euthanasia referendum had both sides equally represented, so we know it’s possible to conduct balanced reporting.. so when it came to Cannabis, why wasn’t there any?

Because the media who purport to be neutral, are in fact running agendas. Not only that, Cannabis got twice as much coverage as Euthanasia did. Why?

The NZ Media Council’s first principle is “accuracy, fairness and balance.” So why is the media not exhibiting any? The analysis found ‘more than a third of headlines on Cannabis promoted the Yes position, while only 18% promoted No.

Advocates promoting the Yes position were quoted twice as often as No advocates. 51% of all Op-Eds were Yes-biased while only 27% presented a No position.’

Family First says this ‘clearly highlights, that the YES position in the cannabis debate received a heavily biased share of the media coverage during the campaign period. The media also seemed far more concerned about the outcome of the cannabis debate than they were the euthanasia debate, with more than double the amount of coverage.

A cynical observer might wonder whether that was because the outcome of the euthanasia debate appeared to be settled in the polling, whereas there was concern that the legalisation of cannabis wasn’t so certain.’ That’s the view of Family First and it’s hard to argue with it based on the evidence.

Is the media’s job to lead debate with its own skew? Or report it?

Family First said it was nothing short of a miracle that the No vote prevailed under the circumstances.

So will anything change here? Will we see more impartiality now? No.

The onus falls back on us to decipher whether what we’re getting is opinion, stated as such, or opinion dressed up as facts, pretending to be impartial.
https://www.newstalkzb.co.nz/on-air/early-edition/opinion/kate-hawkesby-i-m-not-surprised-analysis-shows-media-bias-for-the-cannabis-referendum/